Shoshanah Conquers Space (With the Help of her Dad)

I love this little blog of mine. It's been going on for years and years. I have changed a lot since I began it, though, and one of the changes is that I actually sell books now. I have read in several sources that my blog title, "dommn2703.blogspot.com" is just the worst. Everyone says, if you sell art or books on line, you need to have a web site that is your name. And it shouldn't be a blogspot, because... I have no idea why, but that's what they say. (I am so not up with trends. I still can't figure out why everyone hates Comic Sans font.) So, with the help of my dad, the great computer genius and European Steel Guitar Hall of Fame member Bobby Lee, I have a whole new web site that is my first name:

I know I have a really small but incredibly loyal group of followers here at dommn2703, and I thank you from the bottom and top and middle of my heart for sticking with me for so long! I hope you will continue to follow me in space. I know, it's a big change. Change is difficult. I've actually had the domain name for a year, but I'm so set in my ways here on blogspot that I've barely used it.

How to have a nice, round butt, without plastic surgery! And you won't believe how cheap it can be! 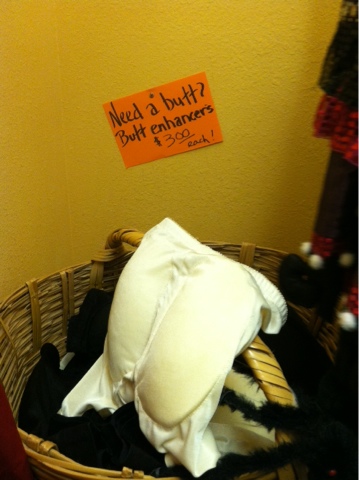 Do you hear the voices?

When I was a little girl, I spent a lot of time at my grandparents' house. Their "house" was a rent-controlled flat in San Francisco, where they had lived since before I existed. Upstairs, they had a neighbor named Rita, a sweet old lady who gave them sugar cookies every Christmas.
Rita stayed up late every night, watching TV. Or perhaps she slept with the television going. You could hear it in the flat downstairs, all night. My grandparents were too polite to complain about the late night TV noise, so they contrived to always sleep in a room that was not below Rita's room. My grandparents' bedroom was a beautifully wood paneled room directly off the kitchen- the original dining room. Until I was six or seven, I had a little bed between their two beds. (They never slept together, because Grandpa was a boxer who dreamed about fighting, and he also had a sleep disorder which caused him to act out his dreams.)
When I got to a certain age, I felt it was too babyish to sleep in my little bed between my two grandparents. I wanted to sleep in the big bed in the guest room, in the front of the flat, under Rita's room.
In my young life, Grandma had three main concerns about my well being, which were related to:
1. The consistency and frequency of my poop.
2. The dangers of my eating too much and getting a tummy ache.
3. The possibility of my freezing to death in the mostly unheated front bedroom.
Because of the third concern, the first night in my new Big Girl Bed, I found myself under no fewer than six wool blankets. Grandpa kissed me goodnight, and I remember having difficulty moving. Those blankets were just so heavy. It was nice, though, too. A gentle pressure. It was a weight that felt like a continuous hug.
As I settled in to sleep, I became conscious of the voices. Was it a game show? A news program? Was that an audience, clapping? I couldn't make out the separate voices, just a constant babble. Like a white noise of late night, cheap TV. Once I realized what it was, it didn't bother me. I pictured Rita up there, with her ridiculously red dyed hair, and her too white false teeth. Watching her stories, into the night. Was she wearing her red lipstick? Perhaps she was eating sugar cookies. I fell asleep many nights to the murmer of Rita's TV.
That's not weird. What is weird is that, many times, on winter nights, when I bury myself in wool, and I feel that sweet weight of warmth, I can still hear Rita's TV. I tell myself it's not there. It can't be there, in the middle of this Midwestern countryside, with no television playing, so far from the City of thirty-five years ago. But there it is, still lulling me to sleep. Those indestinguishable voices.
It's not there. Not really.
But. . . I hear them. 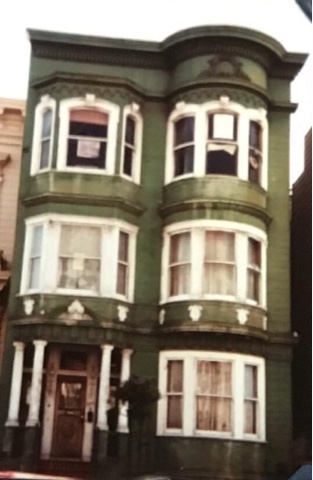 Sorry I haven't been around here much! Here's a good song:

Rainbows Here in the Valley Tonight 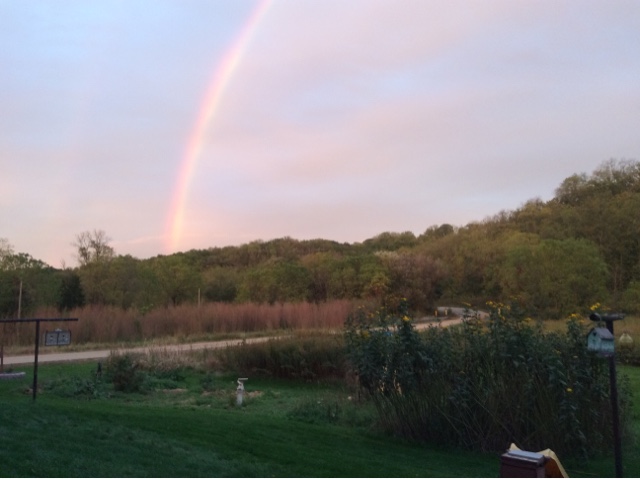 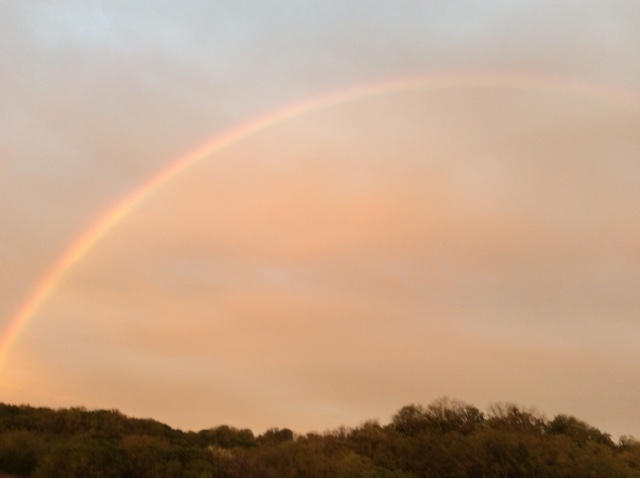 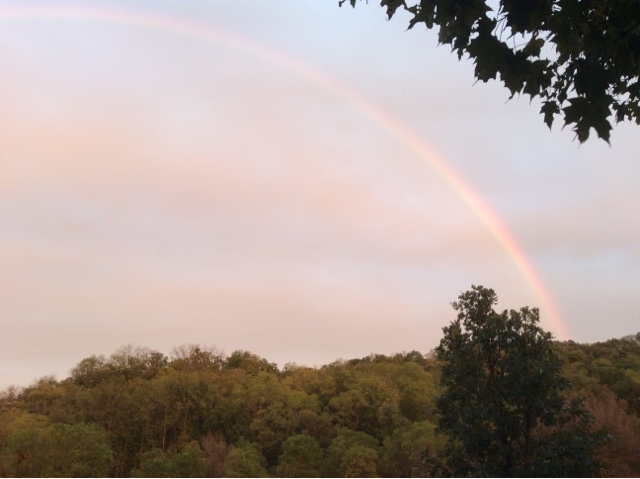 The pot of gold appears to be either at Gen Eric's place, or those people up on the hill who always have the garage sales? You know the ones.
4 comments:

Lightning Round: Handwritten or Computer Written?

Please vote in the comments for the one you prefer (or even some combination of both). 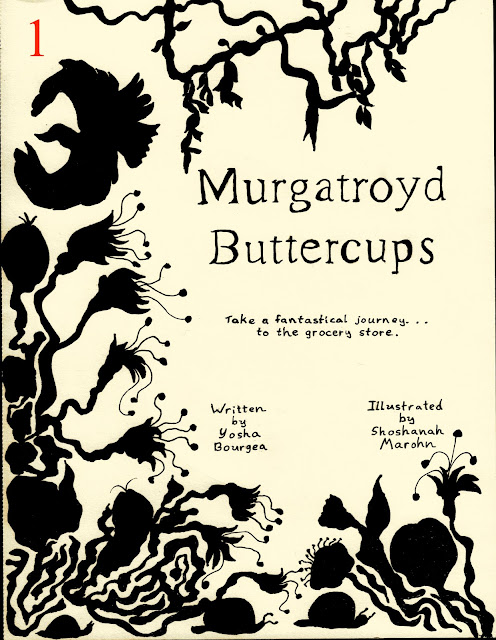 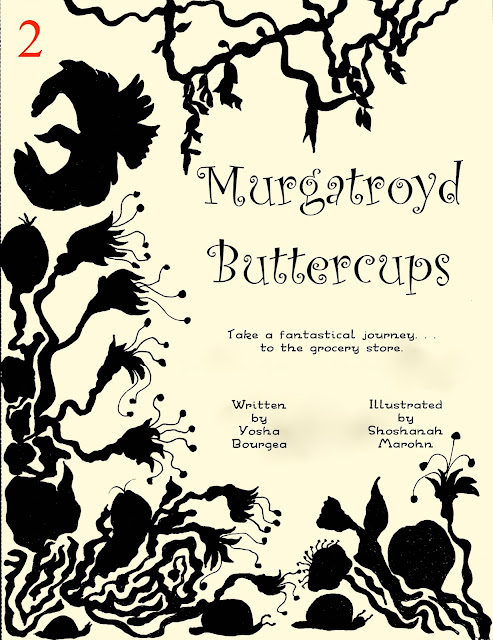 Do you prefer Cover A, Cover B, or Cover C? Vote in the comments. 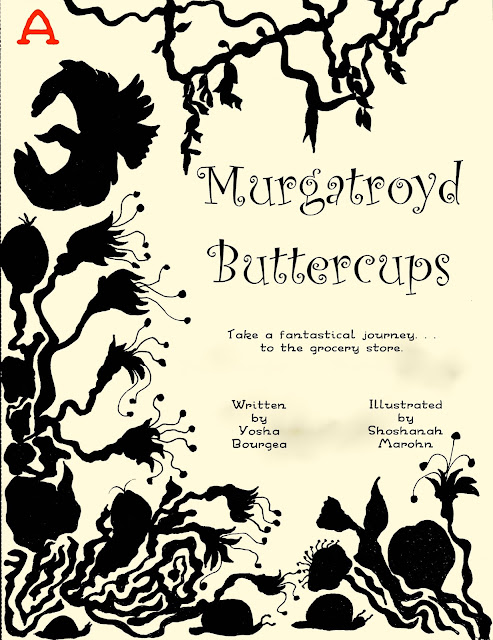 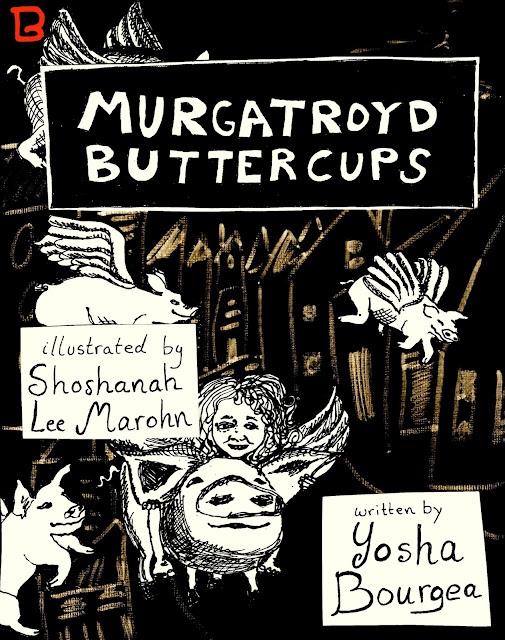 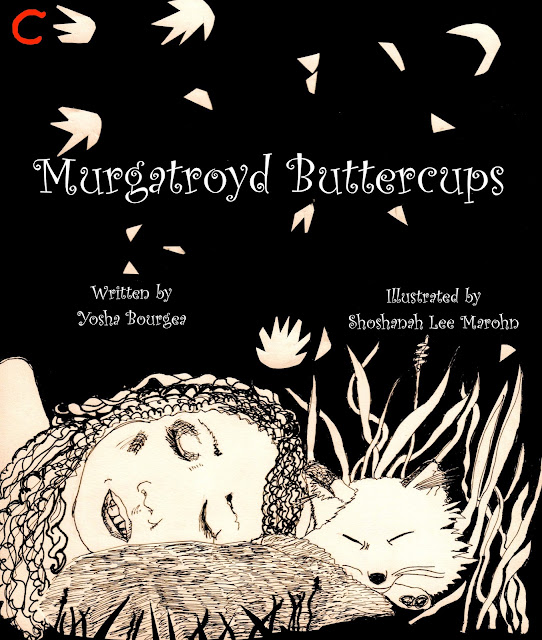 Best of The Meaning Bot, Week 1

Subject: Lawn Mower Caught Fire, everything is fine but...


The lawn mower is not working.

I cleaned the engine with carborator cleaner, because I thought that it was overheating from being covered in a thick layer of oil. I got it all nice and clean, but I probably should have washed it with water, I guess, too, because when I started it, it caught fire! The fire was going really well, still feeding off of all of that built up oil laying around, but I managed to put it out quickly with the hose before it spread. Luckily, I had it parked close to the hose.

So, I got it started again, later, and it sounded pretty bad, and I put it in reverse and it died. Now the engine won't turn over.

I do think it is fixable. I am really shook up, though, and will not attempt fixing until tomorrow.

The Scene in Simple Town 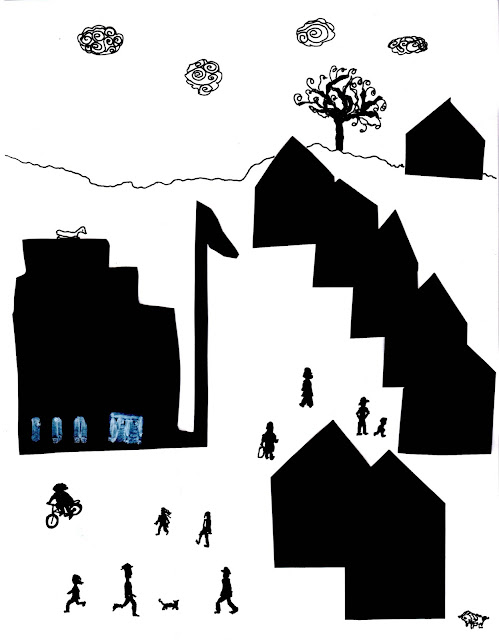 Now that I put this up, I don't know about the windows in the building. Should I just make them solid white?