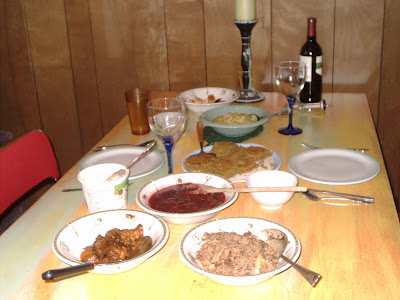 What Are Those Brits Thinking?

Why? Why would you have a base 14 measurement for weight, when your whole number system is a base ten? Isn't that difficult? I mean, it's only straightforward if you weigh 140 pounds. I don't think I know anyone who weighs 140 pounds. Any other weight seems a bit too complicated. Wouldn't it be much easier to say a stone was ten pounds? But it's not. It's fourteen.

The Swedes are pretty logical. A Swedish mile is ten kilometers, for instance. Much more practical.

British people don't seem to always know how many pounds or kilograms they weigh, just stone. So now I wonder if they have scales over there that tell you your weight in stone. They must, right? Has anyone ever seen one?
5 comments:

Let's Solve One of the World's Problems

There's all of this talk about alternative fuel for our vehicles to cure the greenhouse problem, blah blah blah. Everyone ignores the elephant in the room. The real problem is cars themselves. We need an alternative to driving cars.

The most obvious solution for around town is the bicycle. If it were really that easy, though, we'd all just be riding bicycles already. There are a few problems with the bicycle, though, the first one being that we're all freakin' lazy, but let's just ignore that problem. Let's just visualize a world where in we are not all lazy jerks. (Even though you are- and so am I- let's just all admit it! We're all lazy as all get out! But pretend we're not. I'm living in a dream world, but trust me here, for a moment.)

Okay, I shouldn't ignore that problem. We are lazy. And some of us are truly handicapped. I saw this bicycle once at a silly electronics store that had an electric motor on it for getting you up the hills. I guess you could get one of those and plug it in at night, and be okay.

But the real problem with a bicycle is best illustrated on a day like today. NOT because it's Tofurkey Eve, no. It's just that it's snowing outside. What to do about that, then?

Clearly we need bicycles with heaters and windshields. We need to put them inside of some sort of a weatherproof bubble.

And then there's the problem of balancing on the ice, of course. And also the problem of transporting lots of groceries or babies, etc. We could solve those two issues by riding not bicycles, but tricycles. The tricycles could have some sort of trunk and/or back seat on them, where one could put a baby car seat or a stack of groceries, all carefully packaged in your cloth grocery bags, of course.

I don't know why no one has thought of this sooner!

For longer distances, we need a train system.

So, there you have it. I have now solved the climate crisis. Every man, woman, and child in this country needs a tricycle with a weather proof bubble, heater, and optional rechargeable electric engine.
6 comments:

I was walking down the street yesterday, with the baby stroller and just minding my own business, when this guy driving by stared at me so intently that he completely ran a stop sign. He didn't even slow down. And then, right afterwards, he had this look on his face like, "My god! I just completely ran that stop sign!" Then he glanced at me again, briefly, as though this were my fault, slowing down for a moment, and then drove away.

Now I am truly a slave to the baby! She was in a bad mood tonight, so I brought out the fiddle and played a tune. She listened. I stopped playing for a minute, and she started crying again. "Play another song!" cried Das Husband. So, I played, like a marionette on a string, I played... until I said, "to heck with this! That kid needs to go to bed!"

And now she sleeps.
No comments:

I found out today that the baby really likes my fiddle playing. Which is really nice. I haven't played much since she was born, and what I have done has been mostly when she was asleep. Today I played for her, though, and she smiled and stomped her feet like she was really excited, and listened for over a half hour. I finally got tired of playing. It never occurred to me to play for her before. I guess she probably heard it in the womb, though, so it's familiar to her.
No comments:

I got out the old winter clothes a few nights ago. Winter clothes are like old friends. You don't see them for a while, and then, hey, there you are! Winter clothes are the best because they are the opposite of your fare weather friends: they only show up when you need them. If you are like me, and enjoy adventure and cold weather, they may have even saved your life a few times. As we went for a little walk around the neighborhood (baby ridiculously bundled) I realized that everything I was wearing had a story with it that I remembered fondly.

The jacket, a big suede coat with a fur lined hood, is the oldest thing, and was given to me by the Rotary Club of Malung, Sweden at about this time of year in 1991. (The weather there is remarkably similar to the weather here.) I think the owner of the factory must have been giving it to me, really, because Jan-Eric took me to the factory to pick one out. I wanted a green suede one, but Jan-Eric talked me out of it. "Green coats are a passing fad," he said. "A good, brown coat will last you forever."

I guess he was right that it would last me- I'm still wearing it- but I have to say, I still like green coats. I think I would still be wearing a green coat, too.

The gloves were acquired slightly illicitly. They're ultra soft lambs wool gloves that are wearing out fairly quickly. I stole them "accidentally" a year and a half ago. It was a very cold winter night, and I went to a play downtown, which requires some walking through the cold, as they don't have parking just anywhere downtown. The gloves I was wearing were those cheap shrink gloves that you get at Walgreens for a buck or two. I think the play was, "Walmartopia". It was packed. When I got up to leave the theater, I dropped my gloves on the ground. Everyone was leaving, and I was almost being pushed along by the crowd, and when I bent over and picked up the gloves, it wasn't my cheap gloves at all that I picked up, but this beautiful pair of lambs wool gloves. Yet it seemed to be the spot where I had dropped my cheap gloves. It was as thought they were transformed. "Hey! These aren't my gloves!" I said, but the crowd was shuffling me along, and I had a choice to make: I could put these beautiful gloves back down (do the right thing) and go without gloves in the subfreezing walk back to the car, or I could keep them. In any case, I could no longer go back and retrieve my own gloves- it was dark and people were pushing me on. For one desperate moment, I hesitated- and then- I kept them, and they were Lovely. And so warm! At least I left my gloves, so that if the owner came back to retrieve her lambs wool, she wouldn't completely freeze on the way home.

I did not regret my decision to keep the gloves at all.

The hat is a black knitted hat with flowers. When I rode the bus everywhere, I had a habit of taking my hat off on the warm bus and putting it on the seat next to me. A few times, I left it behind when I got off the bus, but always another bus rider came running after me, once as the door was closing and the bus was pulling off. I remember the urgency in the woman's voice and her hand stuck through the closing doors, "Your hat!!!" She was a black woman (black women often help me in public before all others), and I remember gratefully pulling the hat from between her brown, manicured fingers, uttering my thanks, and she looking at me, scoldingly, with the urgency of someone who perhaps has been without a hat in the cold. And thus she restored my faith in humanity, if for just a little while.
5 comments:

What To Be When I Grow Up

When I was a little girl, I wanted to be an old lady with bright red hair (dyed, of course) and live in a giant old house in San Francisco, with a swimming pool in the basement and a garden on the roof. I would be a wise person. Everyone would come to me for advice. I would have lots of bookshelves everywhere full of books. Maybe I would be a writer- maybe not. Maybe I would be the kind of person of whom people write about.

Everyone would be fascinated by me, of course. They would come to me for advice, especially the young people. I would have a masseuse and a gardener on staff. I would basically not have to lift a finger. Sometimes I might take lavish vacations to Europe, and my entourage of artists and musicians and gardeners would follow me, unable to cope without my presence for more than a week.

I would get really, really, old, until legends would abound about me. "What was she like when she was young?" people would ask each other, "Can you imagine?"

And it would be my secret that when I was young I was really, really boring.
1 comment: