I was in Norway. And Sweden. And Denmark. Lost, too, because my phone didn't work there and no one gives good directions anymore. But wonderfully lost.

You probably already figured it out. If I disappear, you can kind of figure I'm out of the country of these United States, and give it a fifty-fifty chance I'm in Sweden- because, let's face it, when you take the time to learn a language like Swedish, you're going back to Sweden. Often. I mean, no one else in the world speaks Swedish, so what's the point, otherwise?

People in Sweden don't even speak Swedish, half the time, but that's another story.

Time is different when you aren't writing about it. Or taking pictures and posting them on your blog. It's all different.

Something changes when you are making something into a story in your mind. I won't say it's a bad thing, necessarily, but something definitely changes. And then you race around writing and photographing and painting and creating and there's just a point when you have to take some time and just...

So that's why I haven't been writing of late. I feel refreshed.

I did mean to write about it. I totally meant to keep a journal of my trip. I bought a really pretty journal. I wrote in it the first day. We went through Paris to get to Norway, and I wrote this: 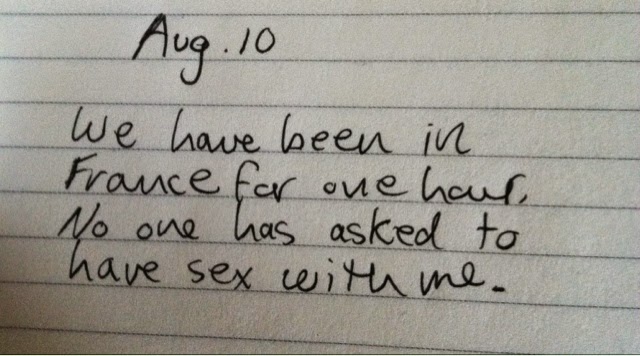 A good beginning, I thought. Nothing special.

Incidentally, my Swedish friend, Stina, went to Paris three years ago. She was staying with a friend. She stepped outside for a moment. The garbage man was there, emptying the trash into his truck. He asked to have sex with her.

She declined, and then asked her friend whom she was visiting what the heck?

"You looked at him," said her French friend.

My book was number three today in comedy give-aways, right behind What's French for WTF? I wish I had thought of that title. My next book has that as the main idea. Guess I'm not alone? I shouldn't get the book, though, because I might be keeping Gwen Ellery ahead of me (although she deserves it). 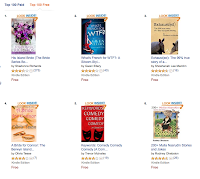 And yes the book is free again, still today and tomorrow and Sunday. Ja ja.

It's good to be back home, though they sure make it difficult to get back into these United States. Their motto at customs is, "If you left the US willingly, you must be a traitor." They treat people accordingly. Still, God bless America, and all that. There's no place like home.

A guinea hen started living here while we were gone.

I know I wasn't supposed to write this until Tuesday. Forgive me. Förlåt. I couldn't wait.

In the meantime, if you know anyone who never downloaded "Exhaust(ed)" when it was free the last time, have them download it now. It's free today through Sunday.

And now I shall reveal a pictorial hint of what has been keeping me so occupied: 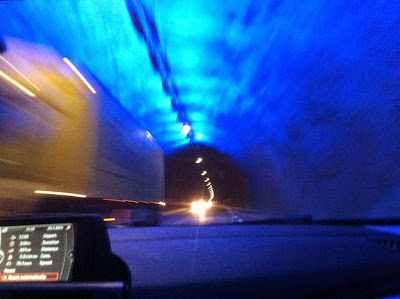 This blog shall reactivate Tuesday, September something or other (the next one) at 9:03 PM.

I've listed some new items at my etsy shop- magnets! Each one is a professional print, fairly large, and it's only $5!

You can view them horizontally! 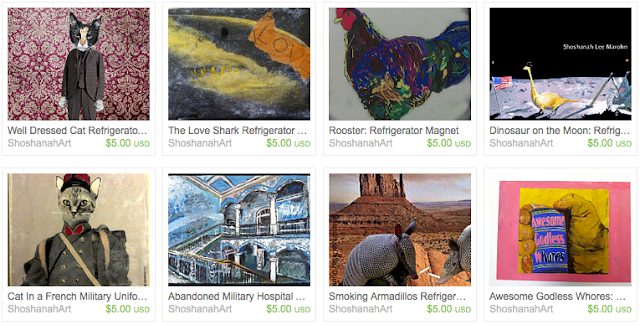 They're cheap and fun, in a really sophisticated and expensive way, and not nebulous at all but very clearly saying something, defining you in that way that's just like you!

We went to the EAA air show in Oshkosh today. It is a huge big deal. Lots of amazing aeronautic feats! It was amazing!
Although I was slightly distracted by this red haired lady in front of me. 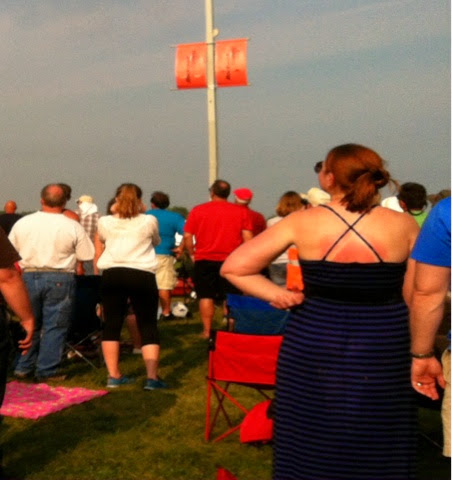 She should be wearing sun block! What is the deal here? Has she not lived in this body her entire life? Should I offer her some of my sunblock? No, no. That would be awkward, and it's clearly already too late! Way too late! Ooh that's going to hurt tonight! Why? Why didn't she wear sunblock? For the love of Gid, why?
Oh, hey, the airshow was really great, too. Jets, explosions, crazy tricks. So. Cool.
But lots of people didn't wear sunblock. I saw pink necks, pink backs, one poor girl with a pink forehead!
I mean, people. Really.
1 comment: