I've been working with fantasy author Alex Bledsoe, and the result is something beautiful.

Hey, all of you coloring book fans! I just made a beautiful book of pictures for you to color, based on the fantasy novels of Alex Bledsoe. This is the official coloring book of the Tufa, folks! Based on the four Tufa novels and a short story. For those not reading outstanding fantasy fiction, it is simply a book of beautiful pictures of forests and fairies and magic happening in very air itself. For those who are Alex Bledsoe fiction fans, you may just have died and gone to Cloud County. 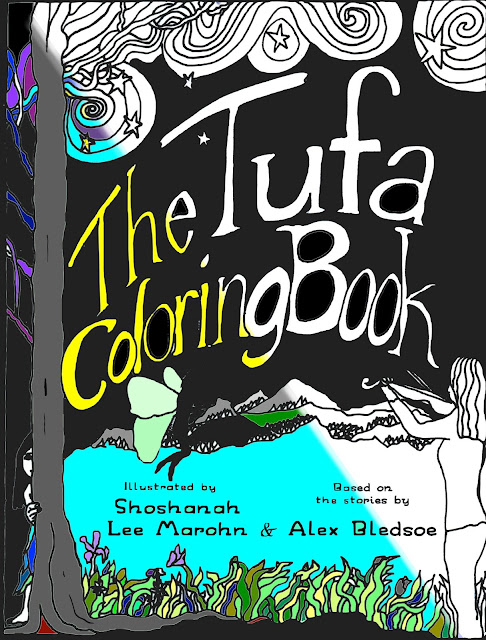 Order it now, and you can get $2 off the official price of $9.98. That's right, from now until Chapel of Ease hits the shelves on September 6, you can get the official Tufa Coloring Book for only $7.98.

I hope you enjoy coloring it as much as I enjoyed drawing it.

Imagine a Swear Word Coloring Book with No Swear Words

Confession: I really hate swear word coloring books. But I am envious. Not of their content, no, of their sales! I feel like, while I painstakingly draw all of these elaborately creative masterpieces and making tens,these people are drawing loop Dee loops around F U C K  Y O U and making thousands. While part of me understands the need to make a living, and the inherent humor in senseless cursing, a bigger part of me thinks these coloring books are simply tasteless vulgarity. Their humor is essentially humorless. Jerry Seinfeld said once that if a joke doesn't work without swearing, it isn't a good joke. Swear word comedy is basically cheap and fucked up. (Yes, I just did that there. You may call me a "fucking hypocrite," but I prefer "multi-faceted and deeply complicated.")

Introducing a new idea: the alternative to the swear words coloring book. How about a slightly more high brow approach, a book that teaches new archaic insults that no one has heard this century? This book will teach you how to put people down, without them even knowing it! Religious? No actual swears will be printed! Have kids looking over your shoulder? No problem! Enjoy knowing more than everyone else? This is your book!

Just an idea. But what would the title be?

I've been spending all of my art energy on the Tufa Coloring Book today, so this is all I've got so far: 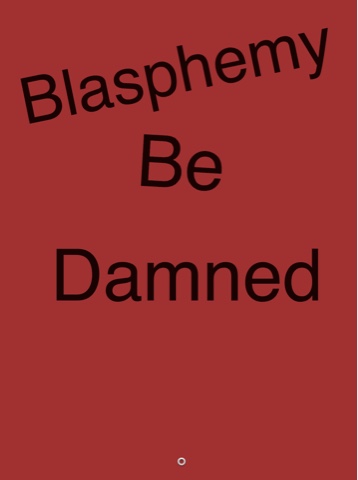 Sorry. I need to fuck around with it a little more, I guess.

Coloring Inside the Dreams

12 Things I Learned from The Revenant

1. If you are going to sleep in a hallowed out horse carcass, you'd better get naked first.
2. It snows a lot in ... Um... Canada? Where the heck are they?
3. You can spend indefinite amounts of time in 33 degree water and never freeze to death, as long as you have revenge in your heart.
4. Even if you have three gigantic fires burning, it's better to just eat the buffalo meat raw.
5. Men are just like elk, when afraid, "they run deep into the woods." (Good to know.)
6. A revenant is someone who comes back from the dead, often for revenge. 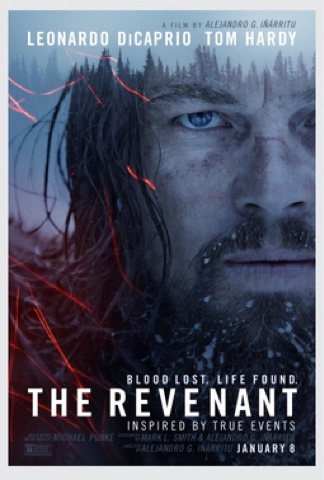 7. Nineteenth century boots were completely waterproof, much more so than those boots you buy today at a Farm and Fleet in Verona.
8. Going to a knife fight, but you only have a tomahawk? That works.
9. Moving water + dramatic string orchestra + untranslated whispered words in a native tongue = high drama.
10. Never forgive.
11. Never die.
12. Never admit that this story really happened in the summertime.
4 comments:

I have never made a Commandments of Living Deliciously, but if I did, "Never Eat Fat Free Cheese" would be high on that list, perhaps number seven or so, right after, six, "Avoid Light Beer," but before eight, "Always Accept Pie From Women Over Fifty." So when Professor Batty came to visit all the way from Flippist World Headquarters, and he gave me this: 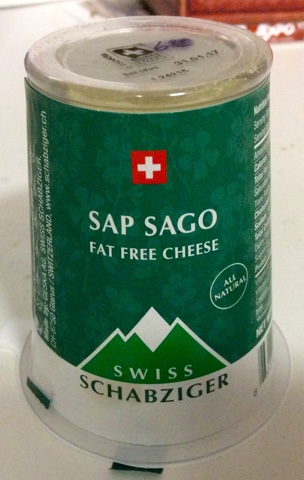 I didn't quite know what to say.

"Well," I replied, "we have eggs and leftovers all the time, so that's great!"

I said this because, although "Never Eat Fat Free Cheese" is number seven of my Commandments of Living Deliciously, number three is, "Always Graciously Accept Gifts, No Matter How Weird."

I had a conundrum on my hands. A real catch twenty-two, because while number seven demands that I avoid fat free cheeses, number eighteen states not to throw out expensive foods. That cheese container is much enlarged for the photo, and yet the lofty Professor paid a whole $6.99 for it! And he had a reason. The Professor read about this cheese in a book... And I'm not even going to get into my rules about things in books!

So, I had to eat the cheese.

Today for breakfast, I made an egg omelette with leftovers. The cheese beckoned. It said, "Eat me, Shoshanah! Eat me!"

And on and on. I really meant to take a picture. It was just so tasty! So very, very tasty. And what is the point of living deliciously, if one must stop to document living deliciously? I finally did get one picture, though: 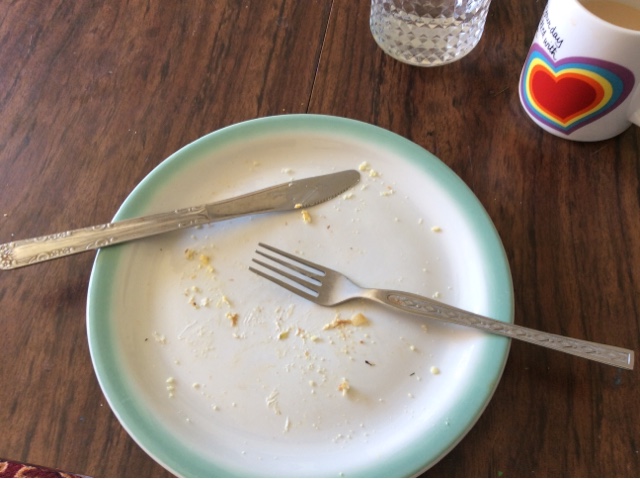 I would like to thank Professor Batty for giving me that cheese.

1. I have bug bites all over my body.
2. Those sheep! With the baahing!
3. This child here with me? She never leaves!
4. (This one is truly serious.) I really liked him. I took him for granted, actually. And suddenly, he died. And none of us was ever the same again. (My sister's husband died quite suddenly. He was such a nice person, so smart, so funny, so good. I can't quite believe it. It's like the cover of Where the Sidewalk Ends. It used to scare me, as a kid, how Shel Silverstein drew it. Someone was just walking along, and then there was nothing... 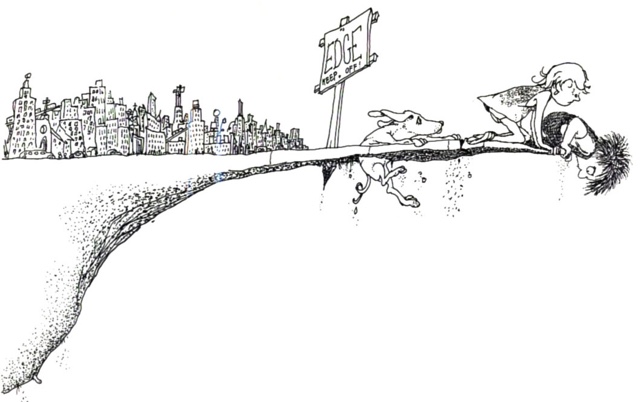 Although I do believe my brother in law is still with us. It's difficult to explain.)
5. (Back to lightheartedness) The sun was so hot. The humidity was so high!
6. There was this giant moth! 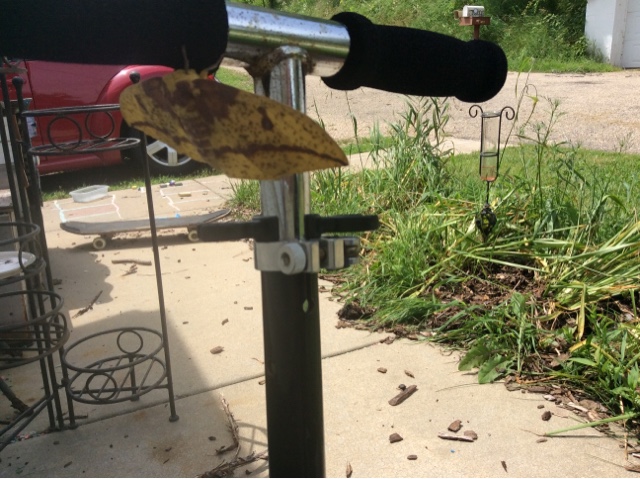 7. I was trying to learn Portuguese.
8. The raspberries were calling me.
9. I burn easily.
10. I was thinking of you, always. I swear. Please forgive me.
2 comments:

This is the last one for the Tufa coloring book! Coming out August first! 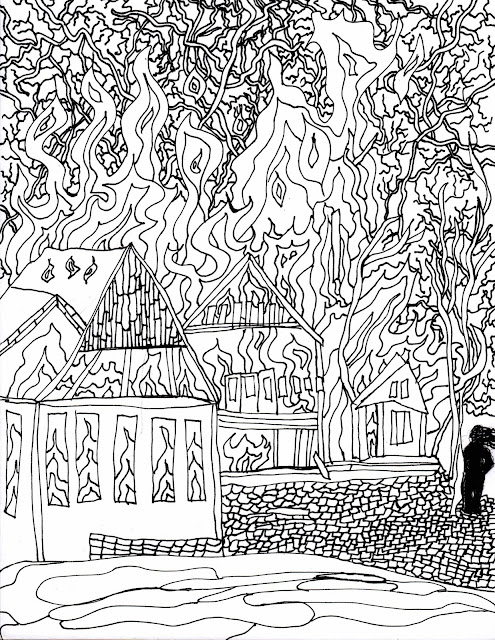 One of my twelve tapes I had as a teenager was The Dead Milkmen. "Stuart" was one of my favorites of theirs. It's a story song. The story is incredible, in the old fashioned sense of the word. Now, someone made an awesome video of it!
2 comments:

* I read a statistic today that half of rural dwellers don't have smart phones. Well, of course not, because we don't have reception, so why bother? I have what you might call a "nearly nonfunctional smart phone." My phone has an IQ of slightly above average. 101 IQ points.
* We had a mean little chicken. She was very little. She looked like a little brown dove, but so mean. Every day, when I went out to feed her, she would peck at me. She jumped up and pecked my legs over my boots. I couldn't stand it. Every day! Pain! Finally, Thursday morning, I grabbed that little chicken by the neck and put her in a cage. I had things to do. I left her there. Later in the day, I got my big knife, the one Grandpa Alvin gave me (he was a chef at Mel's drive in in San Francisco.) I asked Z (age 8), "would you like to witness a brutal murder?"
"Well," she said, "Yes. Yes, I would."
And so she did.
We went out to the killing tree. The day was warm. The cone was ready. I had to pick my way through the poison parsnip through to the cone. I had the chicken by the legs. I put her in the cone, but she was too small. I apologized before I slit her throat. As I returned her to the karmic cycle, head thrown to the bushes, she slipped through the cone, and headlessly bounced around the grass. Cloudy the sheep came to take a look. Cloudy has four giant horns. Cloudy said,
"Bah." (What else would he say?)
Z said,
"Can I touch the dead chicken?"
"Yes," I said, "But I think it might move."
She walked up to it, and it did move, headless though it was.
"Wow," she said.
"You know," I said, "there is a saying, 'don't bite the hand that feeds you.' That chicken won't be biting me, any more." 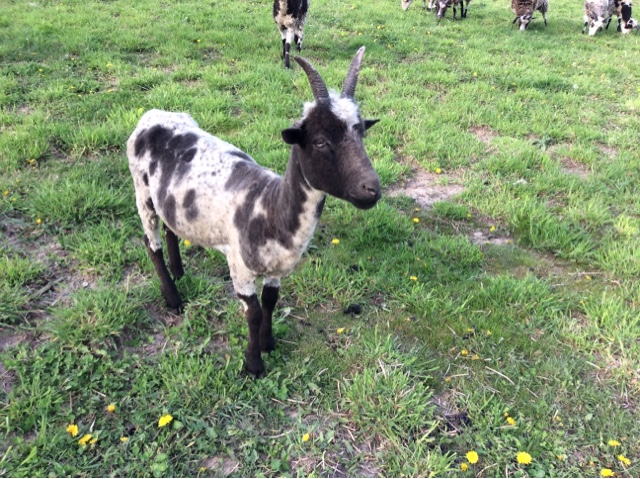 * Z (age 8) will be showing our sheep, Candy Darling, at the county fair. Every day, we walk out and catch that silly little sheep, and Z puts it on a leash and walks it around the pasture, practicing for her fair presentation. I have never even watched a sheep at a county fair, but every day, Z asks me questions, and I have no answers. I do have some faith, however, in the goodness of a girl and her favorite sheep.  Are blue ribbons in order? Perhaps not. But, you know, you have to spend your time doing something. Why not walk a sweet little sheep around in circles?  Our sheep are so rare, we have to be in the "exotic animals" category.
4 comments: