Cloudy with a Chance of Meatballs

I have not been keeping up with my regular postings here due mostly to some large fluffy beasts in my life and their small, hungry children. 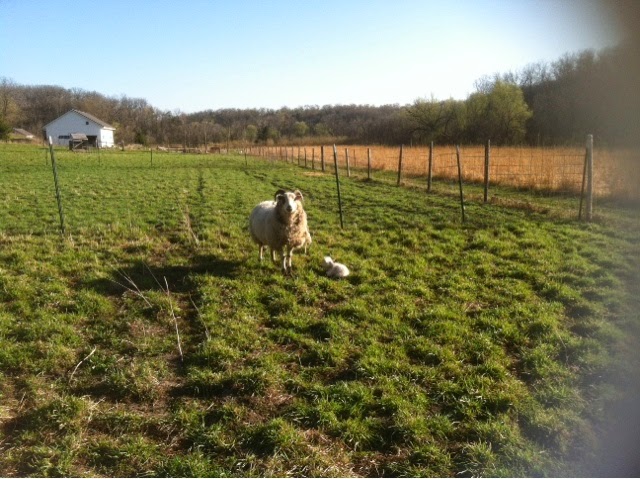 Little Lamb took some coaxing to be a mother, and now she's a possessive psychopath. We all have different parenting styles, I guess. Other sheep wander near her, eating grass (as sheep will do) and she head butts them. 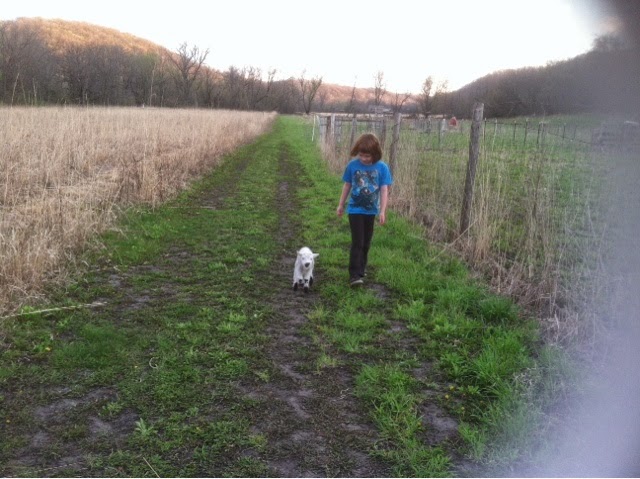 But she only accepted one of her twins, and now we have another bottle baby. So that makes three! I only have two hands and two bottles, but the third one is already learning to be patient.
We had some friends over to see the lambs. Big Z said about the new bottle lamb,
"Let's name him Cloudy."
"But he's a boy," I cautioned. "So we might eat him. Are you sure you want to name him?"
"Yes," she said. "I want to name him Coudy."
"How about, 'Cloudy with a Chance of Meatballs'?" Said our friend Marca, "and that way, if you eat him..."
"Cloudy with a Chance of Meatballs! That's perfect."
And thus it came to pass...
It seems pretty unlikely, the chance of meatballs part, but you just never know.