Last night, at about 4 AM (I think!) these coyotes started howling just below our window. Loudly. Piercingly. It was beyond creepy. It was scary. It woke BAH and I up with a start. We both had the same thought,

"Did we lock up the chickens last night?"

We always always always lock up the chickens in the barn at night. But, of course, there was this nagging feeling that, because there were what sounded like two thousand coyotes howling a piercing howl just outside my window, I thought maybe I had forgotten. But no way in hell was I going out there to check!

Then I fell asleep and I had a bad dream that this evil preacher man named, "Preacher Pops" came to steal our chickens. He was holding me at knife point in the barn while his dumb sidekick stole the chickens. I was trying to wave to BAH across the field, but he couldn't see me that far away, and he just waved back and said, "See you later! Guess everything's okay, huh?" and went inside! Then I woke up.

The chickens were fine. I was so happy to see them all alive, I took their picture. They finally go outside now! 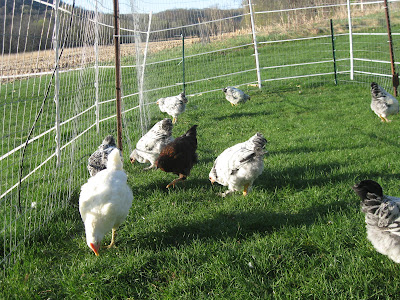 The Brahmas are my favorite, as we all predicted. This next one is pretty, too, but I don't know what it is: 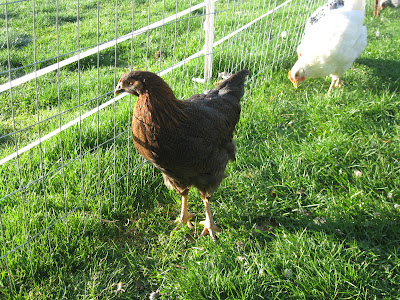 These ones with no hair on their necks are in some circles referred to as, "Transylvanian Naked Necks": 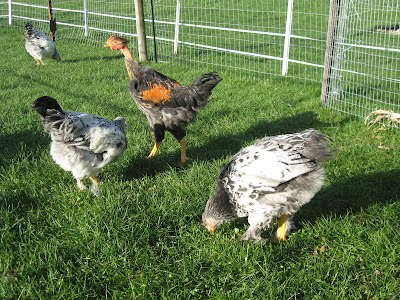 They're supposed to be very cold weather tolerant and good egg layers. They're all rather interesting, though, aren't they? Really, all of our chickens are a bit exotic. Once we have them mating with each other, they will be incredibly exotic, perhaps! 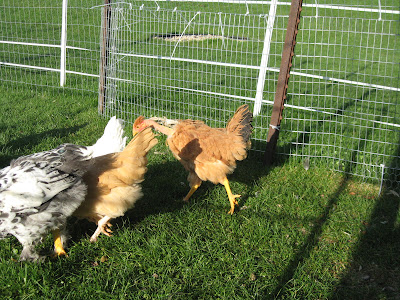 This next one is the "exotic". He has now taken charge of the flock. He's a Dark Cornish. BAH calls him, "The King". He crows so loudly! I like how he looks so classic roosterly. 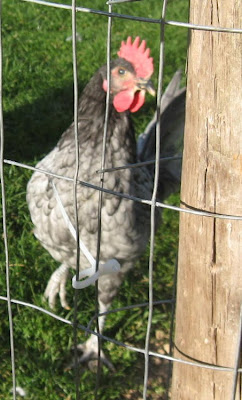